Home › Empathy › Resistance to Empathy in the Organization

Resistance to Empathy in the Organization

Empathy, like motherhood and apple pie, is something everyone endorses. How could anyone be against them? Yet when it comes to my mother or your mother or this tasty calorie-laden dessert totally at odds with optimal nutrition, maybe it is not such a good idea. One thinks of Thomas Ogden’s patient, who, at the start, associates to misadventures suggesting maybe this process of psychoanalysis is not such a great idea after all (Ogden 1992: 228). Or the therapist who is not afraid that the patient will leave, but afraid that he will stay. Though Ogden’s examples are richly humorous, more painful ambivalence about empathy exists than initially meets the eye. In turn, the ambivalence recruits enactments – confrontations, canonical advice, prescribing medications, affixing devaluing diagnostic labels (“borderline” comes to mind) when the patient is merely “reactive” and “difficult,” or the therapist’s speaking ex cathedra as the authoritative decoder of meaning instead of the empathic inquirer.

The challenge is to bring forth empathy and make it present. For example, one is not listening to what the other said. One is listening to one’s own opinion of what the other person has said. One is listening to one’s opinion of whether one agrees, disagrees, values, devalues, judges and evaluates, etc. Opinions happen. They are inevitable. They are then recruited by narcissism to form resistances to empathy. The resistance is subtle. It is pervasive. It is rarely acknowledged. One key to overcoming – or at least managing – this recalcitrant inauthenticity is to take the focus off of oneself. Empathy lives in relatedness – as the foundation of the community of interrelated individuals, as the dynamic duo of the psychotherapeutic conversation. 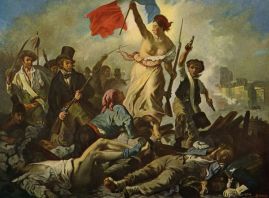 Ours is the age of compliance. There are so many “shoulds” – so many rules – that doing one’s job is a challenge. “Compliance” includes conforming with acceptable boundaries and limits, so this is clinically relevant. Highly relevant. No one is saying disregard boundaries. No one is saying break the rules. Rather one is saying relate to rules and boundaries empathically. But what does that mean? Empathy is about transiently and temporarily traversing boundaries. These include not only boundaries between the self and the other, but between those in a position of authority and subordinates, between insiders and outsiders in communities, and between those who feel left out of an organization. Even those who define and redefine boundaries – think of Kohut innovating about the boundaries of self psychology – often end up feeling like they are outsiders.

A defining document of engaging and overcoming resistance to empathy – organizationally and individually – is Kohut’s posthumously published “Introspection, Empathy and the Semi-Circle of Mental Health” (1982). Towards the end of his career, Kohut returns to the topic and title where he started and from which he rarely strayed. In precipitously declining health in 1981, Kohut was no longer as cautious in speaking truth to power as he was in his initial article (1959). In his 1982 statement, Kohut explicitly names those in power, who, in his original 1959 presentation, did not get the point or, arguably in denial, pretended not to get it while “back channeling” organizationally to ignore and devalue his innovations (i.e. panelists, Rudolph Loewenstein, Helen McLean, Maxwell Gitelson, and Franz Alexander). Strozier (2001: 145) writes: “…Such resistance at the individual level has much broader points of reference in the culture, which explains why psychoanalysis has so strongly resisted acknowledging wholeheartedly that introspection and empathy constitute its unique epistemology, that is, its very own mode of observation. [Kohut says:] ‘It seems we are ashamed of it and do not want to mention it directly,’ for it evokes the mystical and non-Western [….] irrational resistances to introspection.” Innovation is disruptive and confronting, and Kohut was an innovator, even if a sometimes a reluctant one.

Kohut does not lose his self-depreciating sense of humor – or his empathy. He is fully self-expressed, and he is angry. If this is not an example of a transformation of narcissistic rage into aim-inhibited assertiveness, I would not know it (Kohut 1972: 390). Kohut cites the example from Tristam Shandy where the young protagonist, in the process of urinating out of the window (for reasons not engaged here), gets his penis badly bruised as the window falls on it due to the counter-weighs having been removed by his Uncle Toby for his military miniature war games behind the manor house. It’s a picture of narcissistic imbalance – not to mention castration anxiety and, especially for the men, a vicarious sensation of wincing pain. We get a picture of “speaking truth to power,” power being the psychoanalytic establishment. We also get a picture of the “war games” in psychoanalysis as a battle between ego psychology, self psychology, and other approaches such as object-relational. Yet, like Kohut himself as a whole person, not a part object, the self remains intact, maintains its integrity, and is ever again available as whole and complete. Kohut’s own innovations and initiatives have alternatingly struggled and flourished in the market place of ideas. Even as Kohut personally suffers “tragic man’s” (Kohut 1977) incompleteness and unfinished business, self psychology lives.

Kohut denies that his paper is going to interpret the resistance to empathy. However, he does so in spite of himself. Where empathy is required, can narcissistic rage be far away? A constantly reiterated theme in Kohut’s work is that narcissistic rage is reactive to injuries and slights endured by the self in the face of unempathic others – the technical term “selfobject” defines the “other” as psychodynamically engaged and performing a function (especially affect regulation and emotional equilibrium) for one’s self yet remaining “otherly.” A close reading of Kohut’s paper (1972), show it as debunking the symptoms of the Oedipus complex as a derailment of the standard development of the self, whether gendered or otherwise. The Oedipal age child enters with “a warm glow of joy” (Kohut 1977: 229; see especially Terman 1984) into the Oedipal phase, and it is only if the father becomes overly aggressive instead of empathically competitive and the mother overly seductive instead of empathically affectionate that drive derivative fragments appear as neurotic symptoms of Oedipal guilt and acting out. Kohut is undercutting the standard, canonical core of psychoanalysis as a conflict-oriented treatment method (and profession) that engages with the defining narrative of the Oedipus myth (which, however, is retained).

In case after case, after a suitably long process of analysis, which has yielded many benefits, it turns out that the patient’s anger and aggression is seemingly cycling upwards, and the therapist cannot understand why. Negative therapeutic response? Unacknowledged defense transference? Unanalyzable patient? Is this due to mutative interpretations having removed the defenses (resistance) holding down primal aggression, which then explodes in a destructive eruption? Or is it due to the patient’s experiencing the interpretations as being inconsiderate, condescending, patronizing, arrogant (this list is not complete), and responding with rage at being retraumatized in the area of her or his vulnerability? This is in principle a solvable problem. Prior to The Analysis of the Self (1971), one did not have a systematic way of describing what came to be called “narcissistic rage,” sourced in vulnerabilities of the self and an artifact of misinterpretation. After 1971 narcissistic rage emerges as a reaction evocative of not being in control of one’s own mind or body, a child’s temper tantrum, minor slights occasioning rage reactions all out of proportion to the realistic content as the self’s deep, archaic vulnerabilities are unwittingly probed (Kohut 1984: 385-388) rather like a dentist hitting an exposed nerve with a sharp mental instrument. Hints did indeed exist, but mostly indirect ones, such as Ferenczi’s (1949) – and Ferenczi was a notorious “wild man” – nor was Kohut’s interest in Ferenczi sufficiently appreciated in the self psychology community (see Lunbeck 2011 for an eye opening discussion of Ferenczi’s influence on Kohut).

Agosta, Lou. (2015). A Rumor of Empathy: Resistance, Narrative, Recovery. London: Routledge. See especially Chapter One from which this is an excerpt.

Like Loading...
‹ Wittgenstein, Schreber, the Schizophrenic Mind, and the Paradoxes of Delusion, reviewed
So Ancient, It is Modern: Freud’s Approach to Sexuality ›