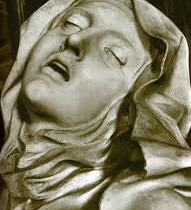 Saint Linehan: Marsha Linehan dishes on what she had to survive to innovate her way to DBT

This is the story, the narrative, of a survivor, Marsha Linehan, an innovator in the treatment of borderline personality disorder (BPD) using a method she and her team invented called Dialectical Behavioral Treatment (DBT). Linehan has written a memoir, not… Read More ›

Empathy Lessons
Create a free website or blog at WordPress.com.